Courtney and I wanted to go on a trip to celebrate our anniversary so we found a cheap direct flight to Savannah a few weeks ago and decided to spend a long weekend there as it’s always been somewhere we’ve wanted to visit.  We both took the day off work and worked around the house as our flight was not until 5:00PM.  Sophia drove us to the airport and we had no trouble with the flight, car rental or finding our AirBnB.  We found a condo in the middle of the historic district which turned out to be nice and a perfect location.  We settled in and hit the street around 9:00PM looking for a late night spot.  We walked a couple blocks down to the Grey which we really wanted to check out and lucked out and found two seats open at the bar – we tried to get a reservation weeks ago but the whole weekend was booked.  Grey is a rehabbed Greyhound station that is now a trendy new southern place.  We recently watched an episode that focused on their young African American female chef on Netflix’s Chef’s table.  The place was very cool and we had cocktails, oysters, pimento cheese and crackers and fried chicken with biscuits and gravy.  All great.  We walked downtown towards the river after dinner checking out the old warehouses, bars and restaurants everywhere and made it back around midnight.

We woke up to a beautiful sunny morning.  We had breakfast at a place called J. Christopher’s a few blocks away.  We sat outside enjoying the nice weather and had a big breakfast.  We walked through the Colonial Park Cemetery which was beautiful with huge dripping trees and hundreds of year old gravestones and crypts.  We started exploring the area goggling at the beautiful houses, gardens and squares that have all been well maintained.  The live oaks with the hanging moss that are everywhere are amazing to behold.  We walked down to Forsyth park, checked out the farmers market that was going on there, stopped and got some coffee and sat on a bench in the park people watching and soaking in the sun.  We continued exploring the area, visiting each of the squares and went on a guided tour of the Mercer Williams House which is a 19th century mansion that was rehabbed in the 70’s by a wealthy art dealer – and part of the novel and movie Midnight in the Garden of Evil.  We were checking out the impressive Savannah College of Art and Design (SCAD) store and somehow managed to join one of their school’s admissions tours that started in the store.  Now we have been on dozens and dozens of college tours throughout the years and this one was quite amazing.  It was like you were at Disney World with secret doors opening up, projections, special effects.  It was crazy.  The story of SCAD is pretty interesting though… started only in the late 70’s it is now the largest design school in the country and was a big part in the recent revitalization of Savannah.  We were looking around for a spot for lunch and ended up in the City Market sitting on a patio in the sun, listening to a band, drinking beer and eating bar food.  A nice way to spend the afternoon.  After a nice rest we went to dinner at Husk which was just a block around the corner.  The original Husk is in Charleston, but they recently opened places in Savannah and Atlanta.  The restaurant was gorgeous in a beautifully restored mansion and we had a great table.  We shared some fresh shrimp as an appetizer and I had pan fried catfish on spring vegetables and Courtney had pork loin over farro.  All great. 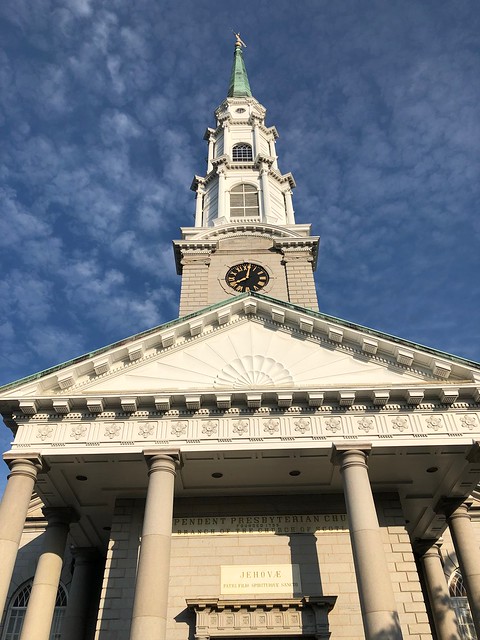 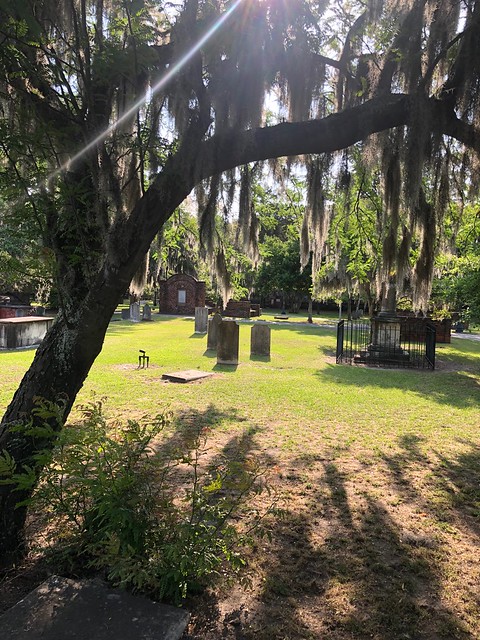 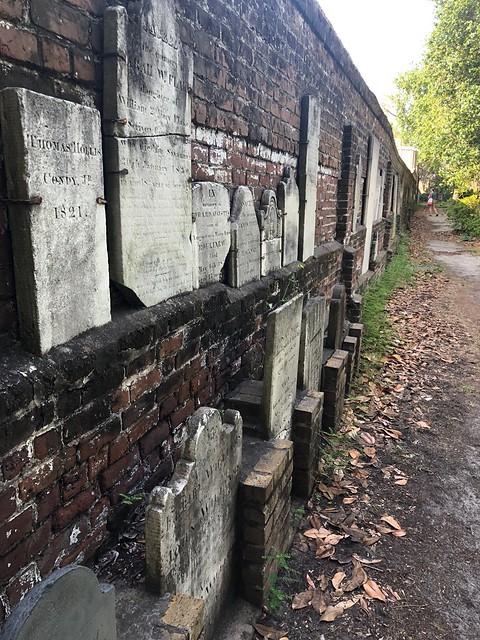 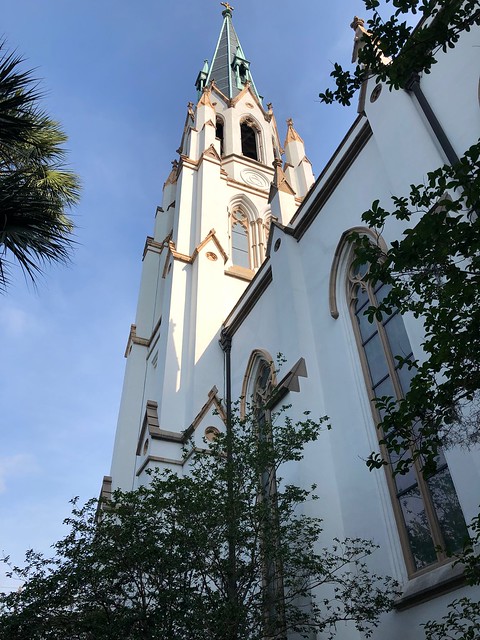 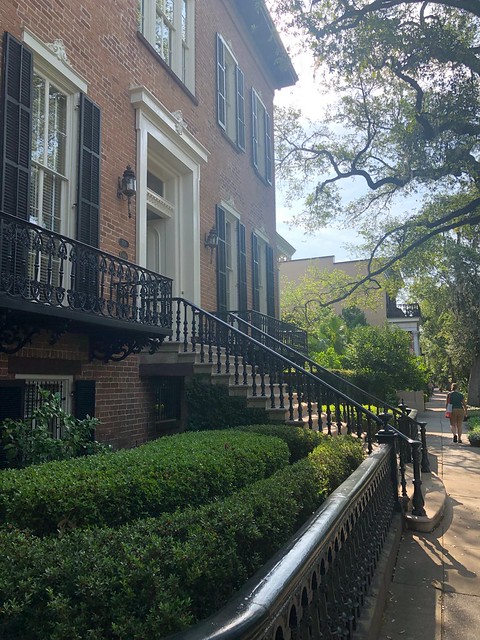 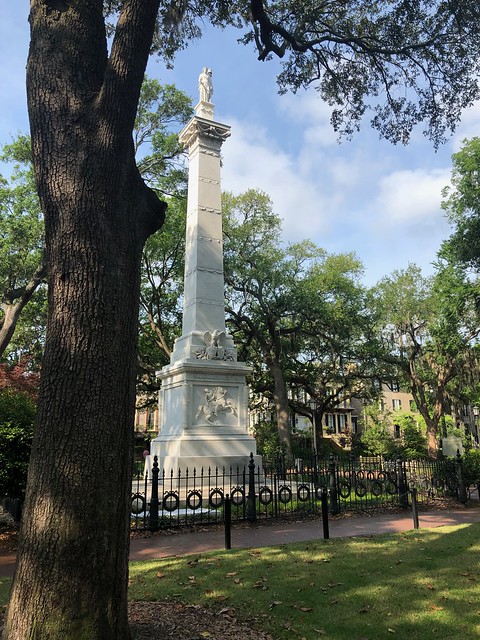 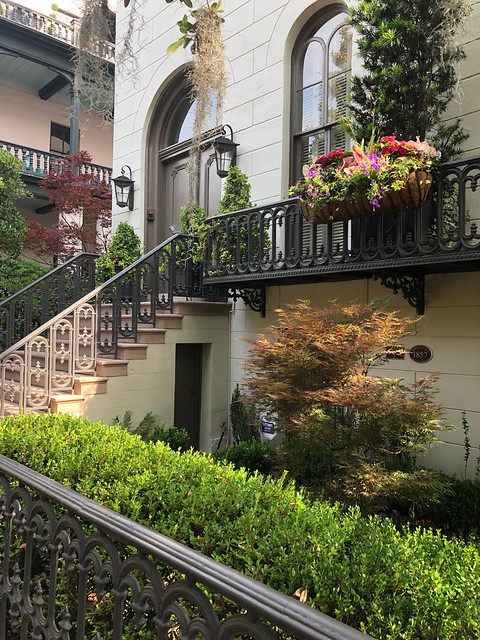 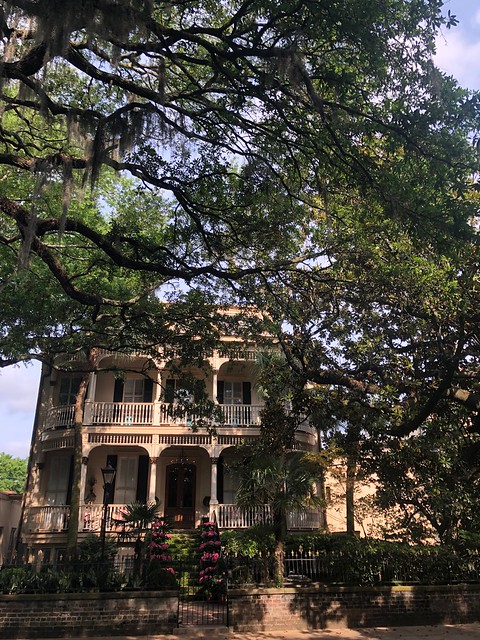 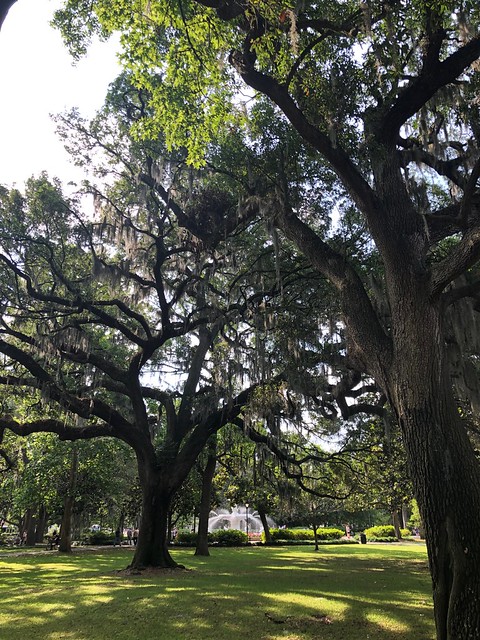 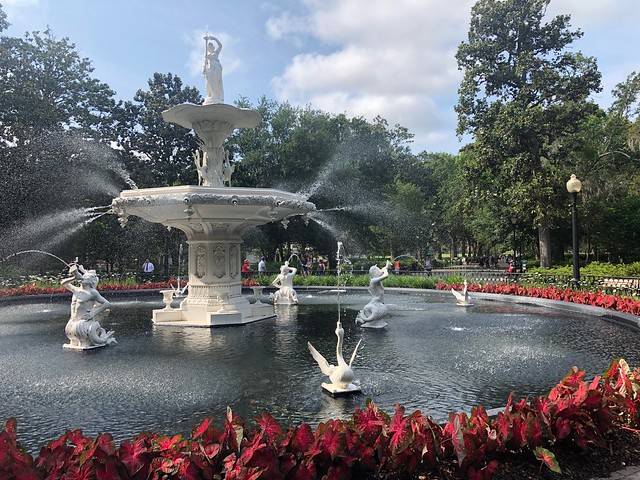 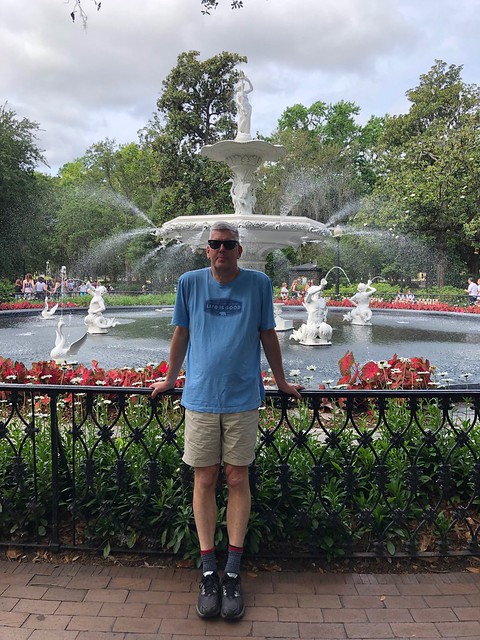 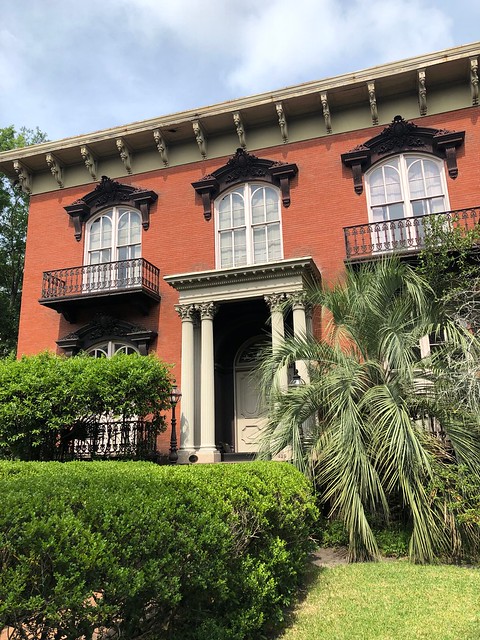 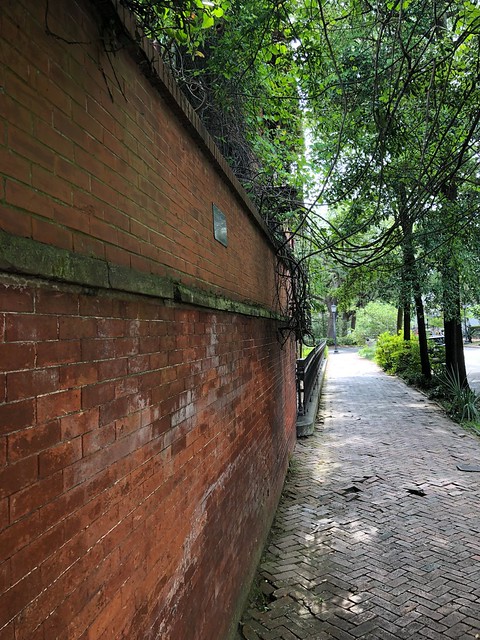 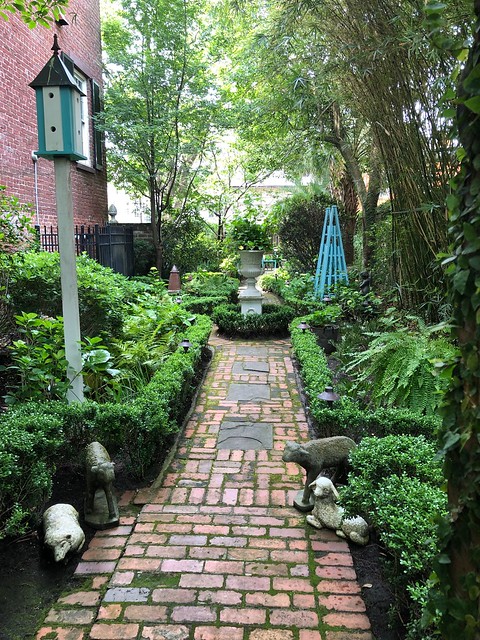 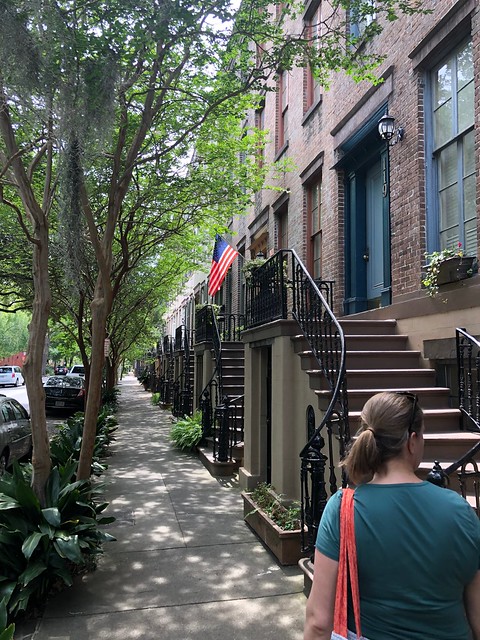 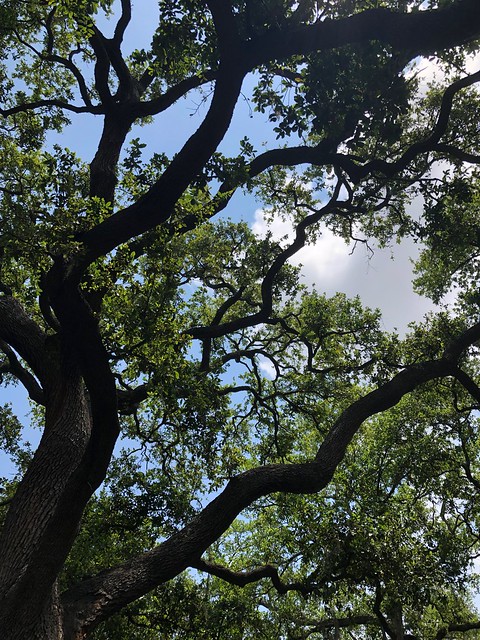 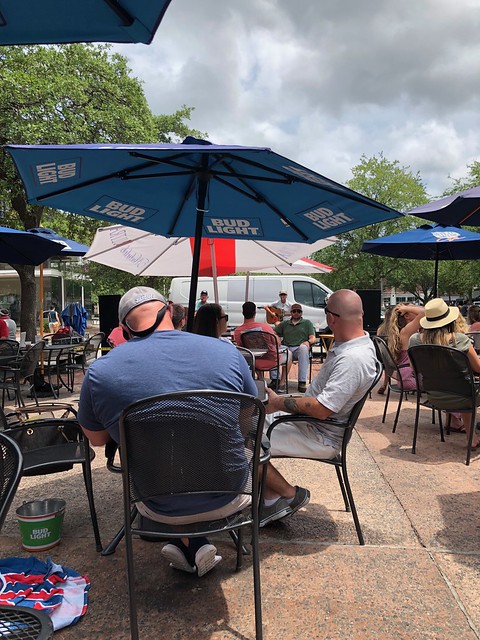 Unfortunately I got sick overnight with flu like symptoms and didn’t get much sleep.  Thankfully it didn’t last too long and I was feeling better enough by late morning to hit the rode.  We drove to an old plantation about 30 miles out of Savannah.  Wormsloe plantation is know mostly for it’s amazing mile long allee of live oak trees.  The trees did not disappoint.  A spectacular sight.  We walked around the ruins of the 18th century plantation that was set on the river enjoying the views, the tropical vegetation and the quietness.  After spending a few hours there we headed to a recommended restaurant called The Wyld Dock Bar which was a super chill place in the middle of nowhere on a dock.  We waited for about a half hour having a beer and playing bean bags and then had lunch at a perfect table on the dock looking over the river.  The food and drinks were A+ too. Great find.  We headed back to Savannah and had a rest.  We walked around some more in the evening admiring the gardens, squares and the trees, not really too hungry, but ended up eating at a diner place late night. 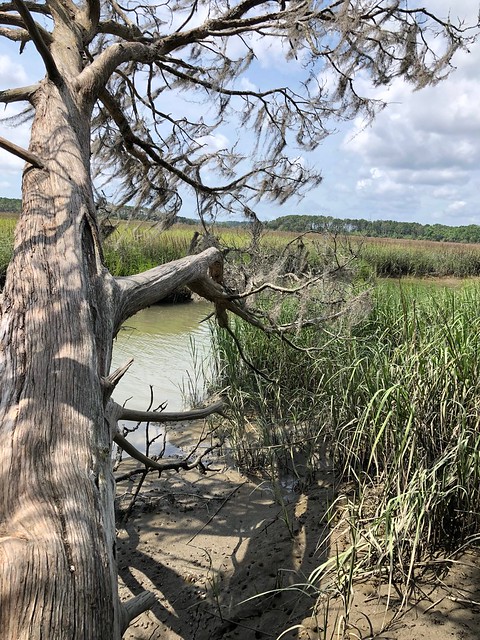 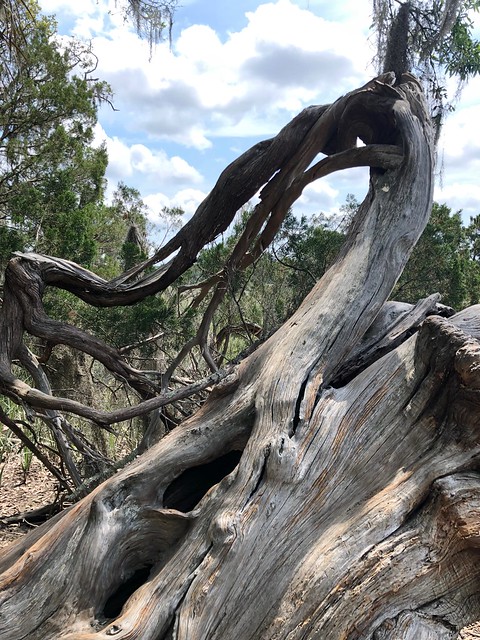 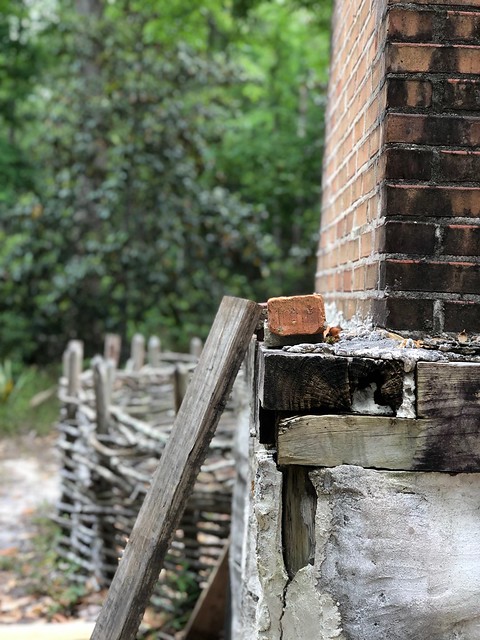 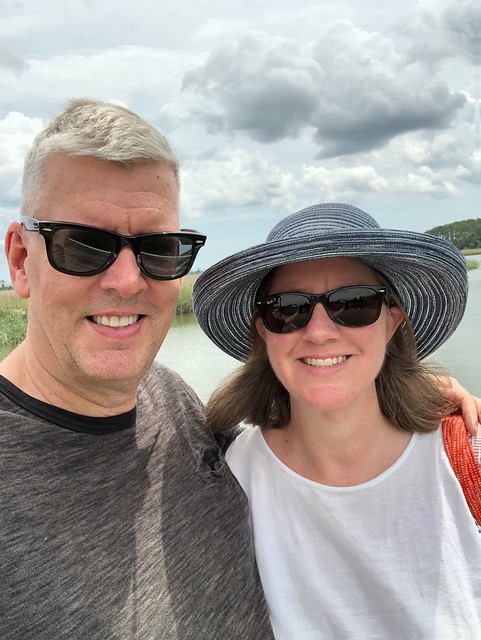 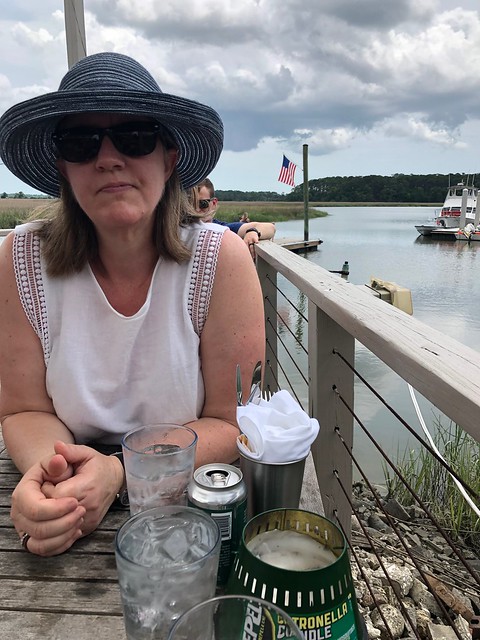 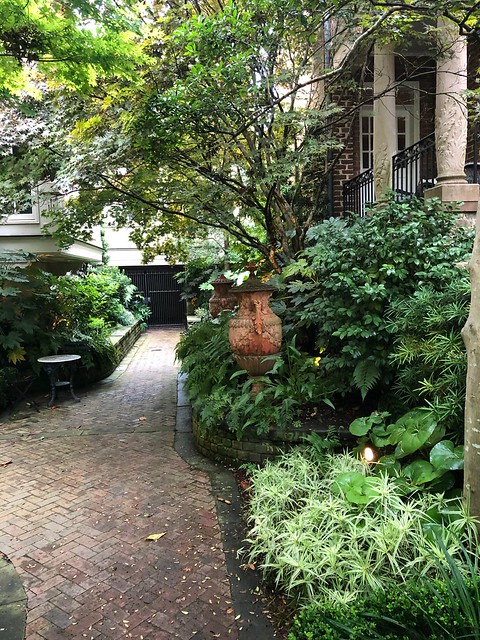 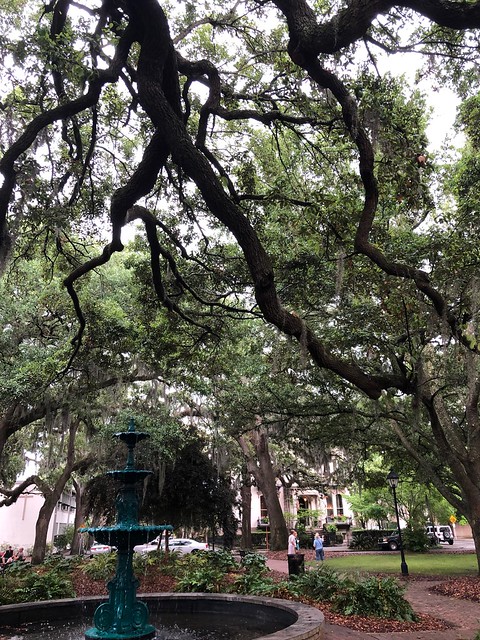 We had leisurely breakfast at a coffee shop down the street and then checked out of the airbnb. Our flight was not until mid-afternoon so we had some time to explore.  We drove to Bonaventure cemetery about 30 miles outside of town and walked around for an hour admiring the crumbling graves and crypts and the old trees.  We then drove another 30 miles to the coast to Tybee Beach and said hello to the ocean and went for a nice long walk.  We had one last beer at a little place on the beach and then hit the road to the airport and made it back to CLE in no time flat.  Fun trip. 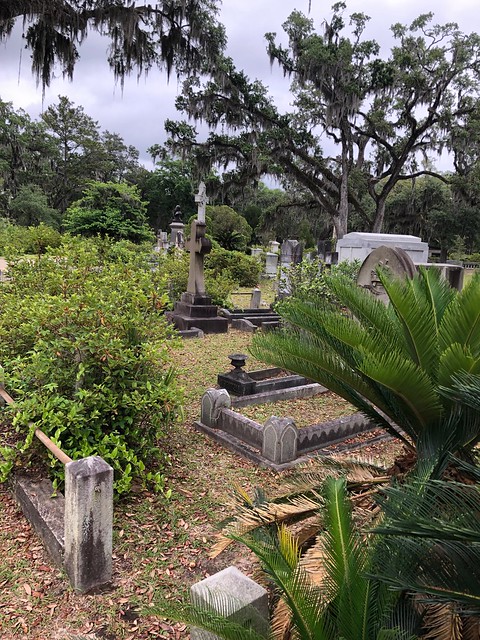 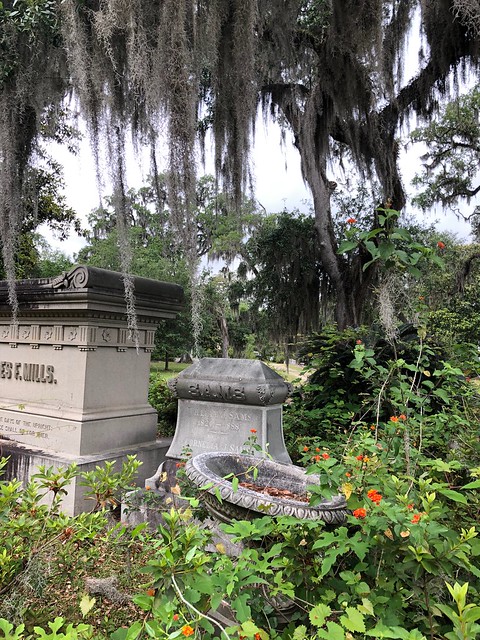 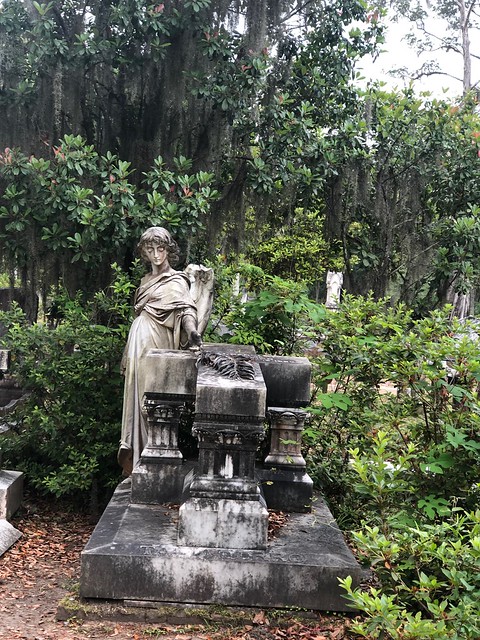 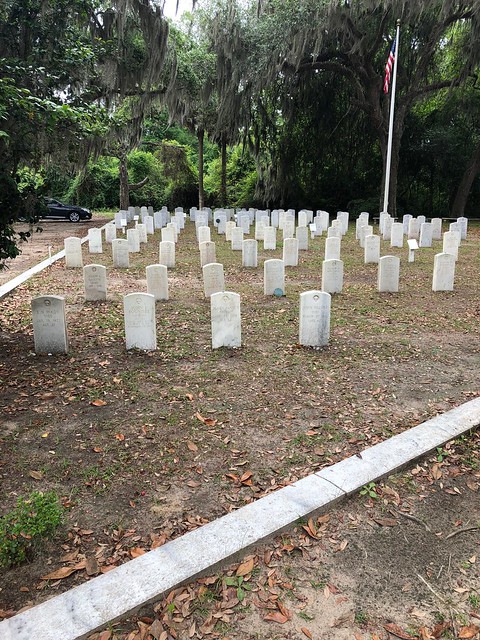