Courtney and I both took a needed day off for a long weekend adventure.  We have been casually biking the Ohio and Erie towpath trail for the past two years.  The only part we had left was the very southern end which is almost an hour and a half drive away.  So we decided to make a weekend of it, find a nice place to stay and knock it all off at once.  The furnace people showed up right at 8:00AM as scheduled for boiler maintenance and were gone by 9:00 and we hit the road.  We stopped at the new Whole Foods that just opened up on Harvard/271 and stocked up with lots of goodies.  Thank goodness it’s not closer or it would drive us to the poor house.  We then kept driving south for a visit to Stan Hywett Hall in Akron – another item on our bucket list that we’ve always wanted to do but haven’t.  Stan Hywett Hall was built in 1911 by F.A. Seiberling, founder of Goodyear Tire and Rubber Company.  It was much bigger and nicer than we expected.  It’s actually the 6th largest residence in the US.  We went on a guided tour of the house that took about and hour and a half and then spent another hour wandering through the large well kept gardens.  The house and grounds have been kept in great shape.  Everything in the house is original to the family and the gardens are beautiful.  We spent way more time than expected at Stan Hywett so we adjusted our plans on the fly, eating our Whole Foods sushi in the car instead of going out to lunch as planned.  We wanted to get a loop in on the trail and a rain storm was forecasted to blow in around 5:00PM.  We got to the trailhead in Clinton, OH where we previously left off and biked for about 20 miles.  It was a hot and humid day – hopefully the last one – so we sweated like pigs but were happy to be on the towpath.  We got to our Airbnb around 5:00PM in the middle of nowhere Navarre, OH and were very happy with our great little house.  It was a teeny little stone house build in 1846 that has been beautifully restored.  Original wood beams, great open floor plans.  Really nice.  Also just $80/night and 1 block from the towpath.  Perfect.  Check it out.  We unpacked, took a shower, sat on the great front porch, drank (too much) wine, watched the storm roll in and watched the pick up trucks roll by.  We were enjoying the house too much so again altered our well though out plans and blew off going out to dinner and ordered a pizza and played scrabble.  Perfect night. 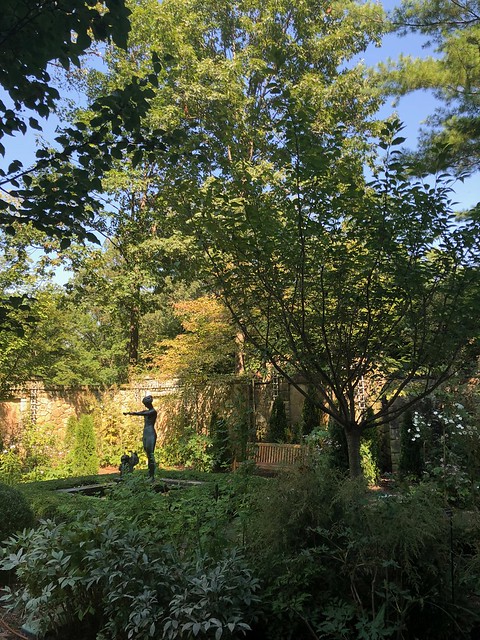 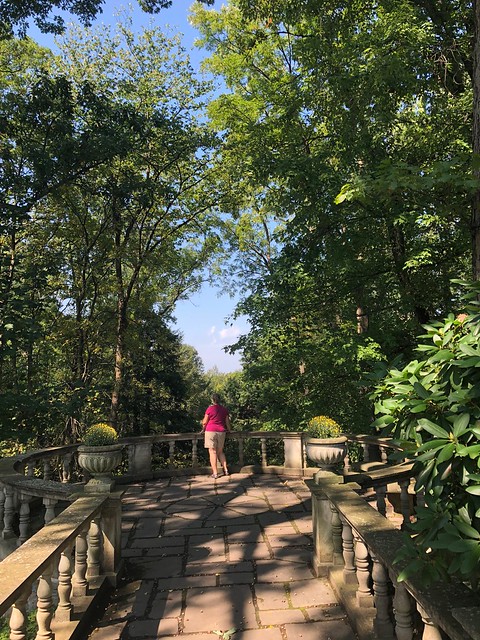 After morning chilling and a leisurely breakfast we were on the towpath by 9:30AM to knock out our largest stretch from Navarre to Bolivar to Zoar to the anticlimactic end of the trail on OH Route 800.  30 miles total – the longest we’ve biked in one stretch. It was way cooler out after the storm which made it much more pleasant.  We stopped on the loop back at Bolivar for lunch at a place called Sublime Smoke Fine BBQ and Craft Brew.  It turned out to be a great place.  We each had a beer, Courtney had a brisket sandwich and I had the pulled pork sandwich and we split some collard greens and Mac and cheese.  All very good.  We hit the trail again and rode back with no troubles.  After relaxing for awhile we drove up to Gervasi Vinyard for dinner.  A 30 minute drive up to Canton.  We had a nice dinner in their dining room reconfigured from an old barn.  We had wine flights, had some more wine for dinner and then a nice meal.  They had a great patio that would be nice in warm weather and beautiful grounds.  We headed back to Navarre and fell asleep watching a movie. 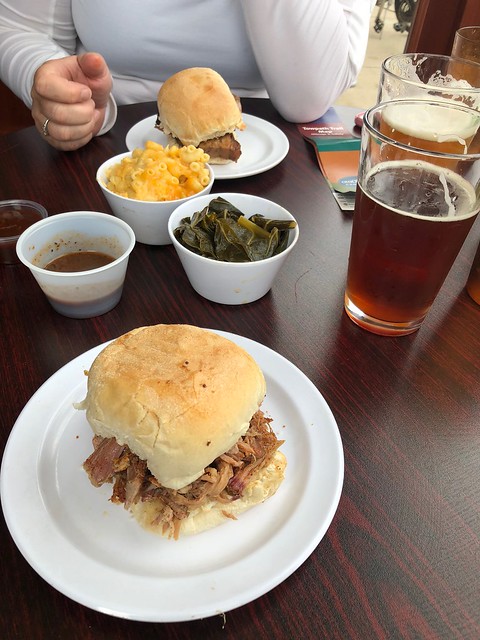 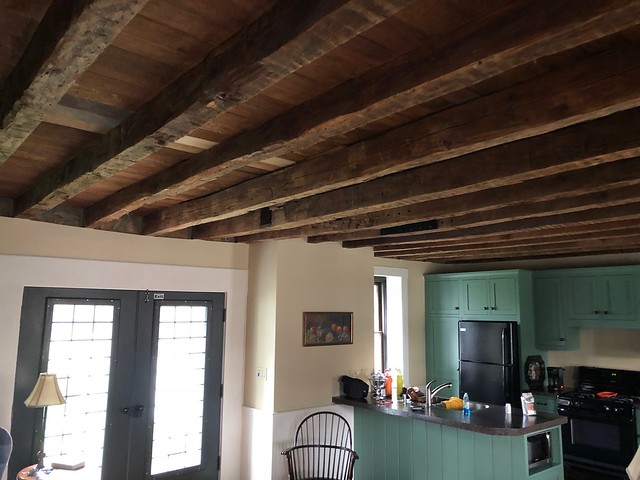 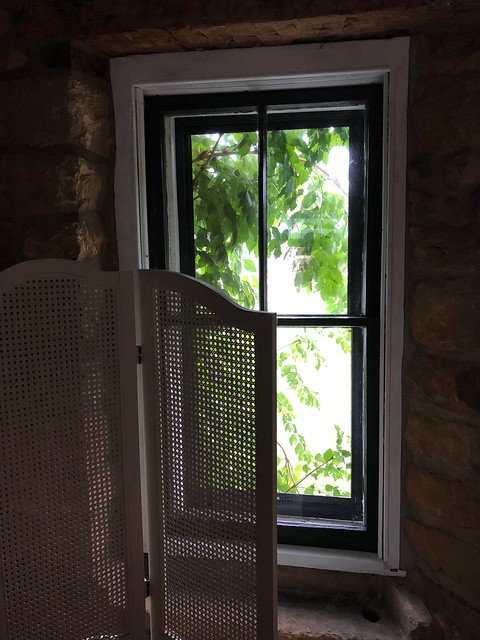 We had about 20 miles left of biking to complete today.  We did the first 10 from the house in the morning.  We packed up, said goodbye to the house and then drove to the trailhead to finish off our last 10 miles.  Hurray all done.  We got a hold of Claire and Corey and met them for lunch at Mustard Seed Cafe in Akron.  It was nice to catch up with them and had a nice meal listening to the duo that was playing good songs in the restaurant.  We hit the road and made it home in the early afternoon.