Grace organized a group of us to go to the Women’s March in DC. Grace picked up Sophia at  school at 1:00 and then picked Jack and I up in University Circle and we were on our way.  We drove to Pittsburg to pick up Grace’s friend Taylor and then had a not so fun ride through the mountains in dark, foggy and rainy conditions.  We made it to DC around 9:30 and quickly checked into our digs at the Hotel Harrington.  We hit the streets for a night monument walk.  We walked through the debris of the Right to Life march that occurred that afternoon and then walked past the Washington Monument, WW2 monument, Korean monument, and strolled down the reflecting pool to the Lincoln Memorial.  Little did we know that just a few hours earlier the infamous standoff between the MAGA Covington boys and Native Americans was going on right there.  We then took the route back walking in front of a dark white house.  Washington was almost deserted.  Kind of creepy.  We didn’t get back to the hotel until 11:30 and then had some drinks at Harry’s Bar at the Hotel Harrington that was actually hopping with a bunch of DC millennials.

We all slept well, had a quick breakfast at au bon pain and hit the pavement.  The Women’s March changed locations about three times over the past week because of the government shut down and the political infighting of the group and the final location was actually just a block away from our hotel.  We got there around 9:30 and enjoyed walking around looking at the signs and enjoying the positive atmosphere.  The crowds quickly grew and grew and the march finally took off around 10:30 going down Pennsylvania Avenue in front of the Trump Hotel and then looping back around 2 blocks.  It took about two hours as there were so many people and log jams.  It was a great experience and it’s great that the weather held out as rain was threatening the entire time.  We hung out at the stage for a short time – not really into listening to the speakers.  Everything was still closed because of the government shut down so we walked down the other end of the mall and then went for a late lunch at Matchbox on 7th and H.  The girls went shopping for the rest of the afternoon and Jack and I slept.   We had dinner at Capital City Brewing Company and then hung out at the hotel for the rest of the night as it was pouring rain.  Grace and Taylor had another fun night at Harry’s bar and didn’t come back to their room until late. 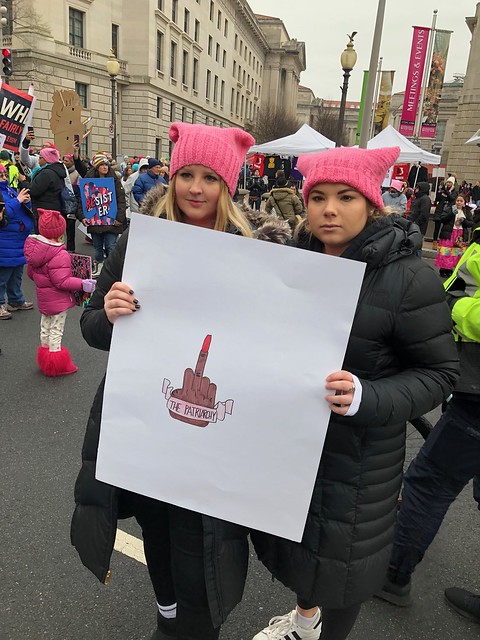 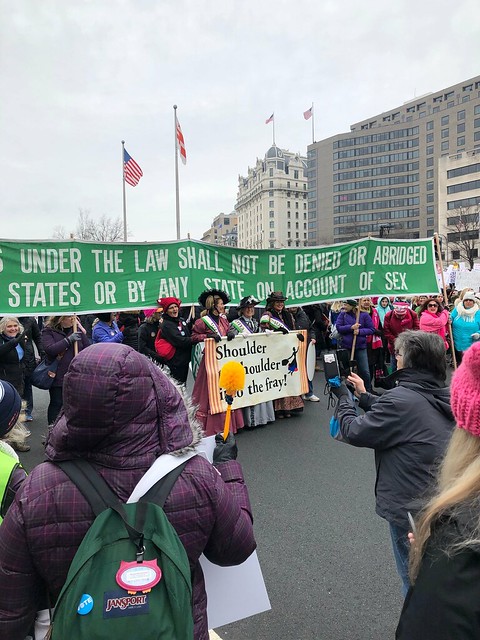 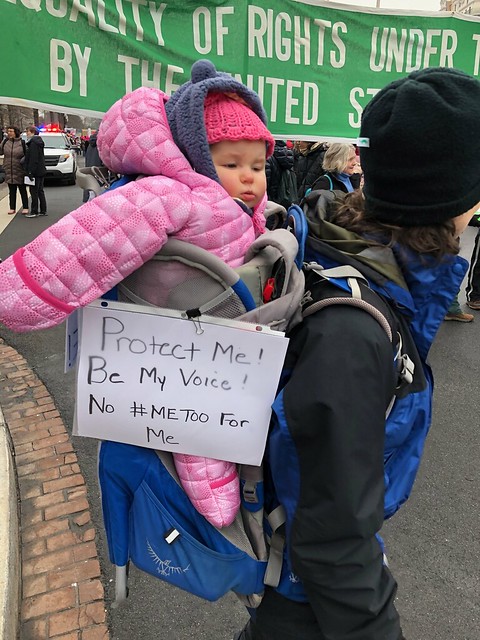 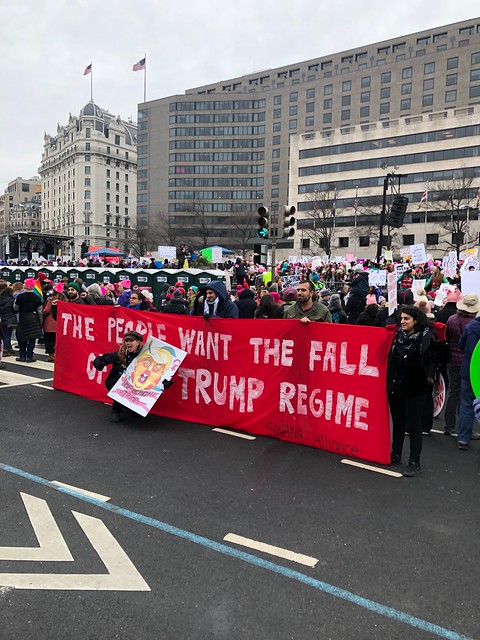 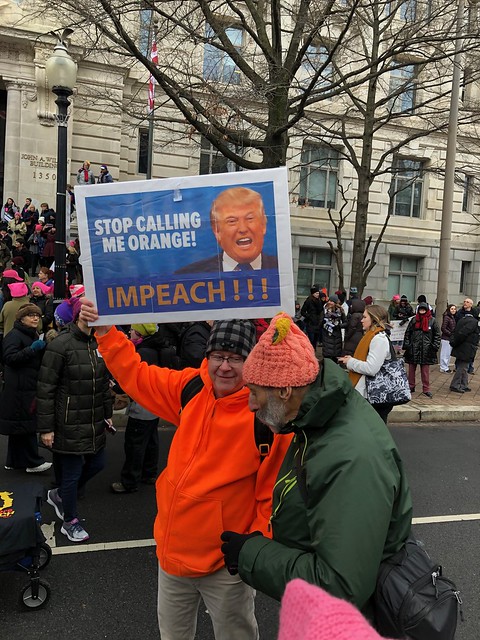 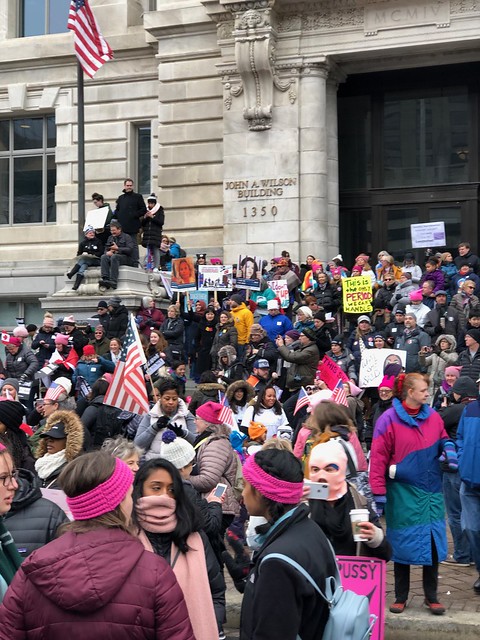 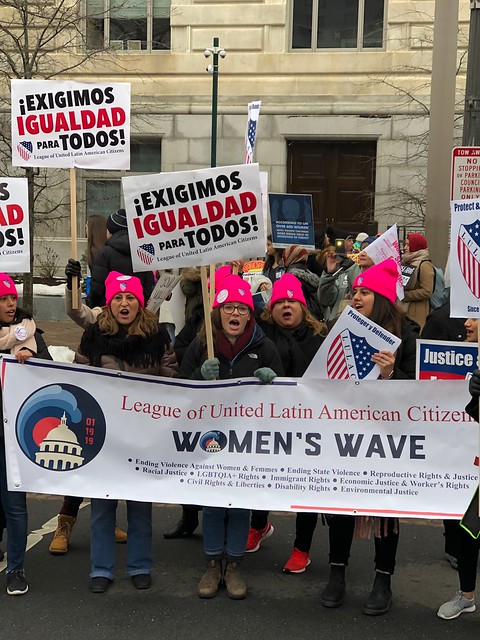 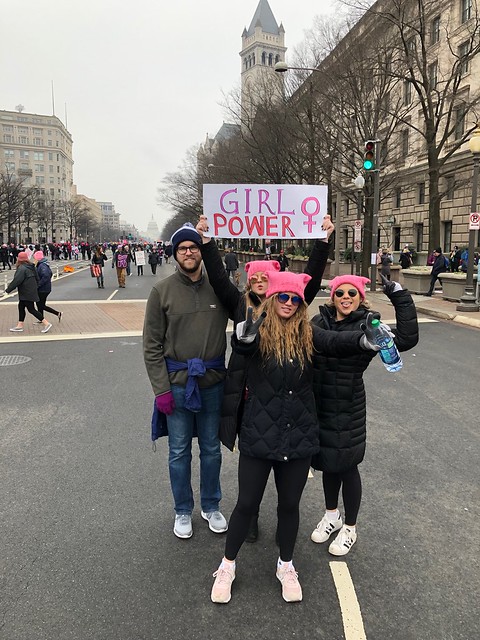 We had a good breakfast at the old school Lincoln Waffle shop around the corner and then hit the road around 10:00.  We made it to to Pittsburgh and back to Cleveland before 5:00PM luckily avoiding the bad weather that stalled for awhile.  A fun quick road trip.